HAVE THE ELECT ALWAYS BEEN SAVED?

Sometimes a person who is anxious to prove exactly how much they believe in the unconditional electing grace of GOD, will make the statement, “The elect have always been saved”. Now usually they are just confusing terms and are merely trying to say that GOD has loved HIS people with an eternal love. But I have run across some who are intent on saying they have always been “saved”. This language cannot be found in the scripture and frankly defies logic as we look at the word “saved”. In order for something to be “saved” it had to be in position necessitating a rescue. The elect were loved before the foundation of the world (see Eph.1:4; Jer.31:3) which was before they were lost (see Rom.9:11). They were not “lost” until they were allowed to fall into sin in Adam and were subsequently born in the flesh. GOD willingly subjected them to HIS law and brought them under the same condemnation which is applicable to all who have transgressed HIS commandments. However, HE did not appoint them unto “wrath” as HE did others but according to HIS mercy and grace has effected their “salvation” from the curse and damnation of that law. 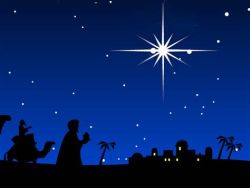 The purpose of this “salvation” was to exalt the name of JESUS CHRIST in the heavens and the earth as the REDEEMER of HIS people, as being their SALVATION. As Zacharias prophesied, “Blessed be the Lord God of Israel; for he hath visited and redeemed his people, And hath raised up a horn of salvation for us in the house of his servant David.” (Luke 1:68-69) and as Simeon exclaimed when HE held the babe in his arms “For mine eyes have seen thy salvation,” (Luke 2:30) Did not the angel tell Joseph, “And she shall bring forth a son, and thou shalt call his name JESUS: for he shall save his people from their sins.” (Mat 1:21)? The very name JESUS in the Hebrew is Joshua which is literally translated, “JEHOVAH is salvation”. Then John the Immerser declared, “And all flesh shall see the salvation of God.” (Luke 3:6) It pleased GOD to put the LORD JESUS CHRIST on display for all the world to see and it is for this reason “That at the name of Jesus every knee should bow, of things in heaven, and things in earth, and things under the earth; And that every tongue should confess that Jesus Christ is Lord, to the glory of God the Father.” (Phil 2:10-11)

Though the elect were always loved and approved in JESUS CHRIST they had no consciousness of HIS love nor could they have ever had any knowledge of that love apart from being created in HIS image and being given a real existence as created beings. It has pleased HIM to introduce them to this love by the declaration and manifestation of their salvation from the ruin they have willingly entered into according to HIS grand design. HE is pleased to awaken them from the deadness of their sins so that they might hear that which Paul spoke of at the end of his epistle to the Romans. “Now to him that is of power to stablish you according to my gospel, and the preaching of Jesus Christ, according to the revelation of the mystery, which was kept secret since the world began, But now is made manifest, and by the scriptures of the prophets, according to the commandment of the everlasting God, made known to all nations for the obedience of faith: To God only wise, be glory through Jesus Christ for ever. Amen.” (Rom 16:25-27)

So, the salvation of the elect is something that has been wrought and demonstrated in this time world in order that GOD might have all of the glory of it through the redemptive work of JESUS CHRIST. We are correct in saying that HE is the SALVATION of HIS elect and we are sent into the world to proclaim from the rooftops that SALVATION which is in no other name (see Acts 4:12). 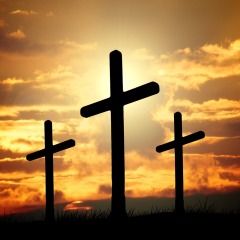 JESUS CHRIST came into the world as our SALVATION (see Mat.1:21) and it is HIS redemptive work that is the central theme of the gospel, yea without which there is no gospel. Some seem to become so focused on the eternal aspects of GOD’s predestined purpose in this redemption to the point that they seldom mention the actual work which HE undertook in their behalf or it becomes in their minds of seemingly little consequence. No one among the apostles had more to say about GOD’s election of a people and their predestination unto salvation than did the apostle Paul. Yet he declared “But God forbid that I should glory, save in the cross of our Lord Jesus Christ, by whom the world is crucified unto me, and I unto the world.” (Gal 6:14) He also said, “For I determined not to know any thing among you, save Jesus Christ, and him crucified.” (1 Cor 2:2) The gospel cannot be preached in its fullness apart from this message being at the very core of it. In fact, he warned the Galatians against those who would preach any other message than that one which he described as one which had as its subject the ONE “Who gave himself for our sins, that he might deliver us from this present evil world, according to the will of God and our Father:” (Gal 1:4)

So, it would appear that a study of scripture would cause us to conclude that salvation must be that which occurs in time since that is the only place those who are “lost” from the FATHER dwell. It is indeed true that we belonged to the LORD before time began as David said, “For thou hast possessed my reins: thou hast covered me in my mother's womb. I will praise thee; for I am fearfully and wonderfully made: marvellous are thy works; and that my soul knoweth right well. My substance was not hid from thee, when I was made in secret, and curiously wrought in the lowest parts of the earth. Thine eyes did see my substance, yet being unperfect; and in thy book all my members were written, which in continuance were fashioned, when as yet there was none of them.” (Ps 139:13-16) But since HE possessed us then we can not be said to be lost then so our “salvation” had to wait until we fell in sin, though it was decreed in HIS eternal purpose before we ever drew breath.

It is not possible that HE who knows all things could ever actually “lose” something or someone. But HE uses this language to describe the condition that we were in while we were “sometime alienated and enemies in your mind by wicked works,” (Col 1:21). HIS approval and acceptance of HIS elect has never changed because HE changeth not. But our sin separated between us and we willingly embraced that sin and enjoyed the darkness in which we walked. We were even the very enemies of GOD though HIS love for us was undiminished. We hated HIM and HIS way and set ourselves in battle array against every overture that was made even as HIS mercy was demonstrated to us time and again. “ It is of the LORD'S mercies that we are not consumed, because his compassions fail not. They are new every morning: great is thy faithfulness” (Lam 3:22-23)

It pleased HIM to “reconcile” us to HIMSELF, “In the body of his flesh through death, to present you holy and unblameable and unreproveable in his sight:” (Col 1:21-22) that is HE has caused us to see that JESUS CHRIST is our SALVATION. HE has given us faith to believe that the work which HE accomplished in our behalf as our REDEEMER is sufficient to make us acceptable in HIS sight and satisfy the claims of that law which we have broken, so that we seek salvation in no other, most especially not in ourselves and any supposed righteousness we might possess. HE has caused us to behold that “covering” of righteousness which HE has clothed us with, and we are satisfied or reconciled unto it.

Only the man who is awakened by the SPIRIT of GOD can have any understanding of a need to be “saved”, because it is the work of the SPIRIT to convince us of sin, righteousness, and judgment and we are persuaded of our worthiness of death apart from HIS mercy. When once the SPIRIT has awakened a man and stripped him naked and bare, causing him to cry out for mercy, yea even to despair of ever receiving it, then and only then does HE enable that man to “hear” the sweet sound of the gospel of which Paul said, “For I am not ashamed of the gospel of Christ: for it is the power of God unto salvation to every one that believeth; to the Jew first, and also to the Greek.” (Rom 1:16) Oh how sweet is that SALVATION! Oh LORD evermore give us this BREAD that we hunger not and this WATER that we thirst not. For HE is our SALVATION.